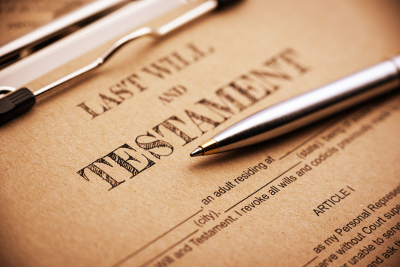 In today’s world, corporations can live forever but people eventually die.  This inevitable step for the living presents a complex situation when it comes to intellectual property such as patents, trademarks, and copyrights.  Consider for example, the hypothetical case of a Mr. Smith, the owner of an oilfield business (Smith & Company) who also owns a patent on a drilling tool.

In one scenario, the first child who inherited the patent (thus becoming the patent owner) may get stuck with certain duties like paying patent maintenance fees, while the ongoing royalties are paid out as dividends to the second child by Smith & Company.  Alternatively, the initial exclusive license may require Smith & Company to make large monthly royalty payments to the patent owner (now the first child), making the company worthless to the second child who inherited the stock.  Similar scenarios can also happen with respect to trademarks and copyrights.

In sum, when Mr. Smith passes, it is critical for the executor to determine what intellectual property he and/or his company holds and what the terms of any licenses were.  A proper inventory, understanding, and appraisal of a decedent’s intellectual property is vital to an executor’s duties and can affect the practical outcome of the distribution of assets.